As the 2021 CrossFit Open and subsequent Quarterfinals come to an end,
only a very select few of the world’s top athletes advance to the next Semi
Finals stage. This also marks the end of the season for everyone else. For
this majority of athletes, the Monday following Quarterfinals is day 1 of
preparation for the 2022 season. But what exactly does this mean?
For athlete and coach alike, our brains immediately go to devising an
offseason plan to address weaknesses. This may be in one area of general
fitness, such as improve aerobic capacity, or gain strength in one particular
lift, such as the clean and jerk. It could also be increasing muscle endurance
in bending patterns to better handle 150 reps of DB snatches, or improve
density in a skill, such as bar muscle ups. Examples of this are endless and
they’re all correct. I mean, the offseason is the time for skill acquisition,
increasing aerobic base, and pursuing strength gains. However, it seems like
many coaches and athletes ignore a very important transitionary period
between in-season and off-season. This is the period I’ll be referring to as
OFF-SEASON.
By no means have I come up with this concept nor is it foreign to athletes of
every other sport. But I feel like in the sport of fitness, it is frequently
ignored. It’s all around us. I can sense a tone of anxiety in my clients in
wanting to start working on their weaknesses. It’s all over social media in the
form of training posts tagged in the sorts of #day1 and #roadtosemis2022.
The “no days off” attitude is romanticized in our community as we applaud
the seemingly hard work ethics that the athletes possess. And I get it. I
mean, I get fired up with this idea as well. This doesn’t make it right, though.
After a period of highest physical expression, there needs to come a period
of rest and recovery. Let’s backtrack a little to better understand this.
If your season was periodized correctly and the Open/ Quarterfinals was the
priority event in your plan, then during that five week period you were at
your peak. This means that you were performing at the very top of your
ability. Theoretically, this implies a level of performance that is unsustainable
past that period of time. Now, visualize a mountain. You climb all the way to
the top to reach the peak. On the other side of it, there’s a steep drop. After
the peak there’s a descent. This applies to physical expression and also
applies to periodization. If we don’t plan for this “drop” after the peak, we’re
not only putting the athlete at risk of physiological fatigue and injury, but
we’re also pulling from his or her ability to climb up to another, presumably
higher peak next time.
So, finishing a repeat of Quarterfinals Test 5 on
Sunday morning and jumping right back on the horse to start “getting
stronger” on Monday or Tuesday may not be a good idea. Instead, you
should plan for a period of down time, allow yourself to come down the other
side of the mountain and gather the resources to later be able to make
another climb.
What that should look like is a period of 2-4 weeks that includes a good
amount of full rest, into easy aerobic work, into light bodyweight
contractions, into touches of resistance work, into week 1 of actual off-
season training. If you look closely, you’ll see that the way I lay out is not all
deload, but rather deload into reload. During this time, the athlete may feel
like fitness is being lost. Body weight may be climbing a little. Bodyfat
percentage may increase. This is all ok, as all three are conditions that lead
to recovery of both body and nervous system. Less training is also equal to
more free time.
During these few weeks take the time to handle some personal stuff that you
may have pushed to the side as training took front seat in your priority list.
Book a few bodywork sessions. Go grocery shopping and practice meal prep
strategies to refine your process during the season. If the coach is familiar
with nutrition deload protocols and the athlete is in a good place to execute
one, this would be the perfect time for it as well. Bottom line, the post
season should be the phase in between the season and off season where we
favor a return to homeostasis. We are not looking to present stressors to
induce adaptation, but rather eliminate as many stressors as possible so that
our body restores the resources that it needs to make another push in the
offseason and season that follows.
I realize that it’s tempting, for both athlete and coach to want to get rolling
with the new plan. But in order to get good adaptation we must absorb the
benefits that this reset will provide. As already stated above, after every
peak comes a decline. We know this to be 100% true. Rather than trying to
resist these physiological mechanisms lets use them to our advantage and
strategize during this time to ensure that we put our athletes in the best
possible spot for another climb to a yet higher peak.
Hire a coach 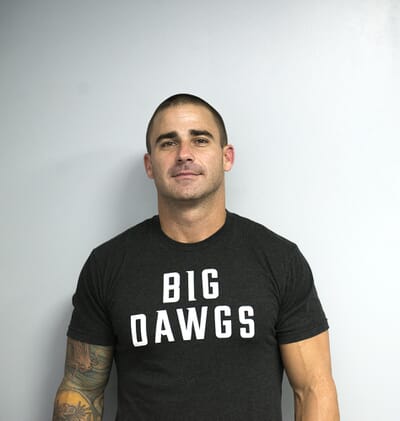