If I was to distill down the following blog post into a single statement it would be this:

If you’re an athlete who competes in an individual sport and you can’t train alone or struggle to train alone, you need to stop trying to compete.

Sport vs. Health & Team vs. Individual

Before we begin, we must distinguish between sport and health. This discussion will center around sport and athletes within sport. Ensure this is top of mind throughout the discussion as it will help bring clarity to my words and my arguments.

Points, pain, pleasure, prizes – a rivalry where two or more parties strive for a common goal which cannot be shared. Sport is about taking versus sharing. Sport is not about vitality and health. It’s about pushing yourself as far as you can both physically and mentally. It’s a quest that forces you to face adversity in order to see what you can handle; to see what you can overcome. There is tremendous value in this pursuit, that is not being argued here. Rather, it needs to be made clear that once you throw your hat into the ring your sole focus must shift towards how hard and how far can I push.

If we think about team sports for a moment, the aim for the team is the same as it is for the individual: beat the opponent. Everyone is aligned with the common goal. This adds a motivational aspect: a strengthened resolve to push oneself to not let down their teammates. And this bond is built through training and sacrificing together for the common goal. Seeing someone go through the same adversity as you builds empathy and respect for each other. When we look at an individual sport, that entire branch of responsibility to the team and the common goal is gone. It morphs into an individual goal and an individual responsibility to push towards the prize. There must be a separation from the tribal mentality of group centric success towards self-centric success. And this begins our discussion on why being able to train alone is a key determiner in one’s success within individual sports.

Now that we’ve delineated between sport and health and team versus individual sports, I want to discuss a very common argument against training alone. Before I do that, I must make note of another very important point. There’s a substantial difference between training “around” others in the gym versus doing the same training as others in the gym. The former is a very acceptable and recommended method for training. It is valuable to be around others for a multitude of reasons. There will also be times when you will be completely alone and that must be a welcomed circumstance. If it is not, that’s a problem. And we will touch more on that further down. The argument I’m going to debunk is the latter: doing the same training as others in the gym. This is not recommended for those competing in an individual sport.

The argument is the following:

“[When you do the same training as others] you can push yourself harder than you otherwise could.”

I’m going to unpack this argument in two chunks.

“When you do the same training as others”

The antithesis to training alone is training with others which implies doing the same training as others. For a select few this can be a useful strategy to help push them into a higher level, but for the vast majority this will limit the individual athlete’s potential. With our focus centered around individual sport, the following statement must be made: every athlete will have unique needs in order to get better at any individual sport. Humans are different from each other. We are different in our genes (nature) and how the environment (nurture) has impacted the expression of those genes. With that in mind and the definition of sport mentioned above, a large portion of the training will need to be focused on the individual requirements to best prepare that athlete for the competition. And this will inevitably lead to athletes completing individualized training which might be done by themselves majority of the time.

[As an aside, it doesn’t take much critical thinking to figure out that performing the same training as others will limit one’s ability to reach their potential due to a lack of uniqueness in the design and approach. Humans are too unique and too complex.]

As an athlete continues to perform the same training as others, they will experience its insidious influence of morphing training into competing. And competing is not the same as training. Competing is the expression of the sport at its fullest capacity. Whereas training is the practice and refinement of the characteristics required in the sport. That capability to compete must be built through training. Yes, part of it is dependent on competing, but that plays a smaller part than most people think. Moreover, most people don’t have enough training under their belt to warrant more consistent competing within their training plan. Why? Because they can’t fully express the tests, recover optimally, and positively adapt from them. That is the true sign of someone who is prepared and capable of competing. And that takes A LOT of time and training to build someone to that level, and most people are not patient enough for this harsh truth. This then leads to the discussion around how many “true” expressions of potential can someone express each year? Without going into individual differences based on training age, biological age, and chronological age, along with the aforementioned nature and nurture impact, there’s a limit to it, and if the daily competing verse others taps into that limit that will lead to less capability in the actual competitions.

“…you can push yourself harder than you otherwise could.”

It’s a fallacy to think that in order to get better or become elite in the sport of CrossFit you must push yourself harder in all your training. First thought, what does “harder” even mean? And why does “harder” automatically lead to improved results; how is that the case? Are those who push themselves the “hardest” the best in the sport? Is the key to becoming elite in the sport of CrossFit simply by pushing yourself “harder” in training?

Let’s focus in on the word “harder” and its implications. To begin, the overarching goal of the sport of CrossFit is to make all dynamic contractions as “aerobically driven” as possible over a 3-to-4-day period with 8-12 varying tasks; 1 to 2 of the tasks will be maximal contractions while the remaining tasks will be varied metabolic tasks. This implies a work rate that allows for balanced oxygen utilization to oxygen consumption regardless of the task. This also implies mechanical and cellular efficiency to create the greatest energy economy possible. Whereby perceptually, and physiologically, the work is less demanding. The goal isn’t to work “harder” but to work more efficient and economical so you can recover quicker before the next event, or next training session, which then allows you to perform with more energy and fuel than your opponent next to you. The ones who are standing atop the podium at the end of the weekend are those who have managed energy usage with demand the best. So, you aren’t aiming to go “harder.” You are aiming to build maximal efficiency to allow for faster work rates that are repeatable allowing you to recover faster. The elite do this unconsciously and the rate they can maintain in pieces of work is extremely hard for most people to fathom leading one to assume, “they must be going ‘harder’ than I can. If I can just go ‘harder’ I will move towards the elite ranks in the sport.” The simplest way to put it is, your 95% perceived effort is equivalent to an elite’s 75% perceived effort. Think about that for a moment. In the meantime, start to shift your focus towards improving efficiency and movement economy so you can build more training volume and ascend more quickly towards your potential. There will be many times when you must push yourself more than you normally would. This will be the instance where you can fall back on your movement efficiency and economy to allow for a larger bandwidth of effort to pull from. Don’t try to raise the ceiling, aim to raise the floor as close to the ceiling as possible.

Through my own experience competing in higher level athletics for 14+ years of my life and through my experience coaching athletes in all phases of athletic development these are my strongest arguments, to date, for why training alone is a valuable asset in any individual athlete’s journey.

Training alone is nothing grander than growing up.

Training alone is threatening for some. Figuratively, I see it as an opportunity to grow up. What does training alone signify? Taking ownership for the work and the quality of the work. Testing yourself; can you handle the responsibility, commitment, and consistency required to take something far? Probably farther than anything else you’ve taken. These are the attributes needed for someone to “grow up” and become something of themselves. This is the requirement for those who want to push their sport to its limit. While there is a great deal of folly wrapped inside of sport, there is tremendous value in the ability to build the attributes that will provide value and resilience for the many challenges you will face in life. Lean into the discomfort you may face with training alone. Only there will you truly uncover what is driving you in this pursuit. And if the intentions are true and straight, you will find a vast resource of strength and power you have yet seen. 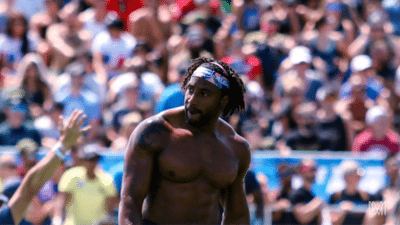